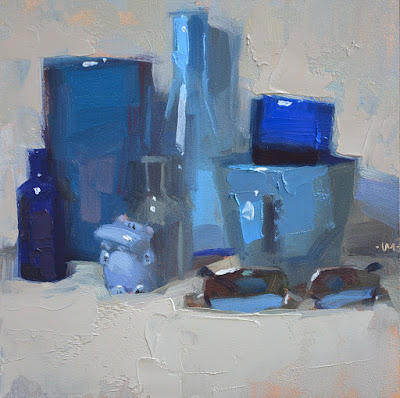 Continuing my series of still lifes that each focus on one color, here I tackled blue. Twice. In between paintings I read a few pages of Richard Schmid's book, Alla Prima II, where he talks about doing a block-in. I wanted to try it, so I decided to paint the same (general) scene again. Sometimes I like to paint the same thing again in a different WAY rather than a whole new thing. 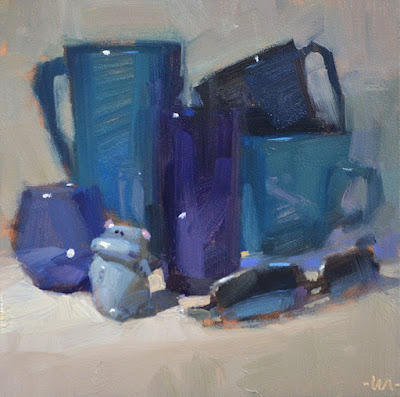 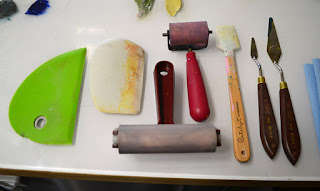 On the first painting I added some palette knife work, and on the second I decided a brush was enough. Someone asked me today to show a picture of the new tools I've been experimenting with, so here that is.

The green thing on the left is a bowl scraper that I got from Amazon. Then a Catalyst squeegee (this and all the rest are from Dick Blick). Next two rollers/brayers, large and small. Next a small Catalyst squeegee thingie on a stick. Then two Blick palette knives. Maybe someday I'll be able to say HOW to use these tools. But at this rate it might take me many years to really figure it out!!
Posted by Carol Marine at 3:59 PM